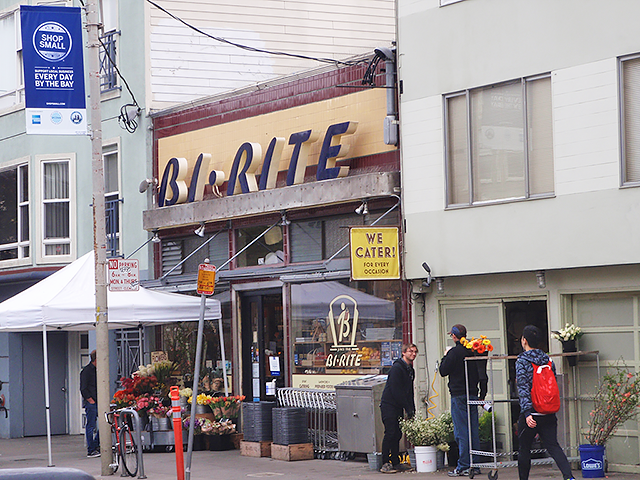 Bi-Rite Market is a neighborhood institution which opened in the 1940s. It’s evolved to a market that sells a lot of quality locally sourced food, including chocolate.

It’s been owned by the Mogannams since 1964. In 1997, the sons took over the shop from their father & uncle. One of the sons, Sam Mogannam, was a chef who started stocking the store with high quality food items he would want to cook with. He also added a kitchen, and Bi-Rite became the first grocery store in SF that also offered restaurant-quality food for take out.

They know and support local artisan chocolate, with an extensive selection; and their own house brand is made by Oakland chocolatier Michael Mischer.

They also do a lot for the community including 18 Reasons, their non-profit art and food space where we attended a talk and tasting by Dandelion Chocolates founder, Todd Masonis, about their bean-to-bar chocolate.

This place always has a ridiculously long line, but since it passes by the chocolate shelves, you can keep shopping while you wait.