Get the lead out

Shocking news from As You Sow, that lead and cadmium, both toxic heavy metals, were found in some 26 chocolate products sold in California, including one from local candy maker, See’s.

Lead is a neurotoxin, that damages the nervous system, among other things, and accumulates in your soft tissues and bones. Cadmium is a carcinogen. Neither one should be ingested.

As You Sow, an environmental advocacy group, tested 42 chocolate products for lead and cadmium, and found either one or both in products from big candy makers like Hershey, Mars, Godiva and Lindt, along with smaller chocolatiers like Moonstruck, Theo, and Vosges. Another local candy company, Ghirardelli, is also on the list.

As You Sow is initiating litigation against all of the makers implicated in their tests for not including printed warnings on the packaging of the allegedly tainted chocolates, as this is a violation of California’s Proposition 65: Safe Drinking Water and Toxic Enforcement Act.

How bad is it?

Because they only tested 42 products — not entire candy lines — and not every candy maker’s wares out there, we can’t be sure how wide-spread the issue of toxic chemicals in chocolate is. And for some companies, like Ghirardelli and Hershey, some of their products also tested safe. As You Sow has posted the list of chocolates tested and the results on their site.

How lead and cadmium got into the chocolates is not clear. Some could be naturally occurring in trace amounts. Likely sources for higher levels are environmental pollution where the cacao is raised or in the manufacturing process.

Although lead is now banned worldwide as an additive in gasoline (to be exact, 6 countries still officially allow its sale, but none are known for their chocolate production), it was spewed into the air for decades in car and other machinery exhaust. This airborne pollutant then settled in the soil and water, where plants can pull it into themselves along with nutrients. 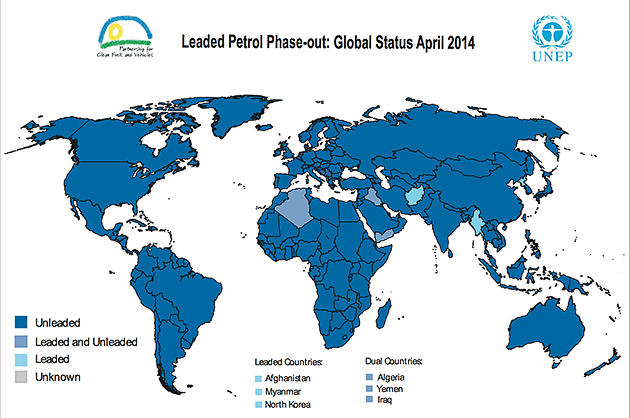 If current use of leaded gas were the only concern, we would probably be OK. With the exception of Myanmar/Burma, none of these countries has the climate to grow cacao.

Cadmium is an industrial by-product and is also used in some steel, plastics and battery manufacturing, although due to its toxicity, companies have been eliminating it. Chocolate contamination could come from contact with cadmium-containing surfaces, air-borne particles during manufacturing, or from polluted soil & water.

It could be decades before contaminated soil & water are safe for growing crops unless extreme mitigation measures are taken. And while lead is officially banned as a gasoline additive, it is reported to still be in use in some countries, such as Nigeria, a major cacao exporter.

If the contamination occurred in the manufacturing process from air or water pollution, it seems that would be easier to fix, although at least one of the candy manufacturers, Hershey, denies that any lead or cadmium is added during processing and manufacturing, and that all of their products comply with Prop 65.

For the record, it seems See’s has pulled the chocolate listed, See’s Candies Premium Extra Dark Chocolate Bars, from their line.